Think before you get ink, says Nicole Richie
Nicole Richie says she was an "idiot" for getting a tattoo of a pink bow and her name on the back of her neck when she was a teenager.

The 'Candidly Nicole' star, who is married to former Good Charlotte rocker Joel Madden, admits she deeply regrets getting the inking of a big pink bow with her surname underneath when she was a teenager.

The 33-year-old beauty told Into The Gloss: "I was a 19-year-old idiot when I got this tattoo on the back of my neck. You can see it now with the short hair but people aren't asking about it, which is nice. I haven't gotten a new one since I was 21." 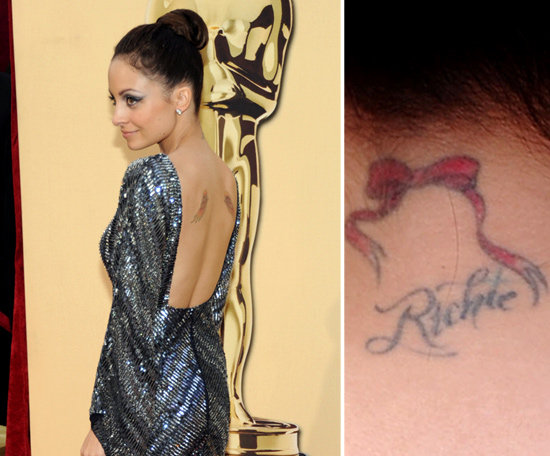 Nicole has eight other tattoos, including a rosary around her ankle, a tiara on her hip, a cross on her lower back, ballet slippers on her abdomen and the word "virgin" on her right wrist.

The former 'Simple Life' star previously confessed she is no longer fond of the "virgin" design either.

Speaking last year, she said: "It's embarrassing and desperate. Now, I am a Virgo so when I was 16 I thought, 'Ooh I'm going to be different and I'm going to put virgin, because the Virgin is the sign for Virgo.' 'I'd add an 'i' and an 'a' and say I'm from Virginia, but I just don't think people are going to believe me. So I'm just stuck."

Nicole's husband also has lots of tattoos, but she admitted she hopes their daughter Harlow, seven, and son Sparrow, five, never follow in their footsteps.

She said: "Joel has [tattoo] sleeves and his twin brother, Benji, has tattoos on his neck and his face. I'm just hoping that my kids will be so embarrassed of them that they're not going to have any. It happens!"