Donald Trump as Donald Duck is the best thing on the internet!

How did no one come across this splitting image before now?

There are so many reasons as to why we love the internet - and this is one of them! Without doubt!

USA President Donald Trump has had his fair share of bad press, while memes about his time in office are almost a daily occurrence.

Here's another one, and we think it is the best yet!

The creative peeps at 'B3ta' had an open competition for their Donald Trump-inspired image challenge, and the prize winner is an oddly simple, but extremely hypnotic creation that we simply cannot get enough of.

On the one side, it's Donald Duck's smiling, mischievous face, but when it gets flipped, it shows another Donald (you said Trump, we didn't say Trump) with a cross-looking frown and 'that' hair. We totally think it's the hair that gives it away. Is the universe trying to tell us something? 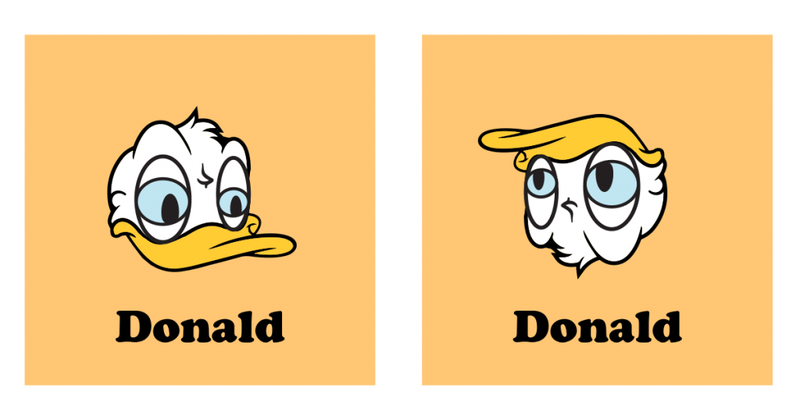 So now all that someone has to come up with is a video dubbing Trump's voice with that of Donald Duck's...

Oh, wait, we found it! This is just another example as to why we love the internet.