Justin Timberlake and his love for the ladies

US singer Justin Timberlake may be happily married to one of the most beautiful women in the world, but we still can’t get over some of his weirdest relationships.

But there were more than a few relationships that were such odd pairings, we did not see them coming.

Here are some of Justin’s weirdest hook-ups. 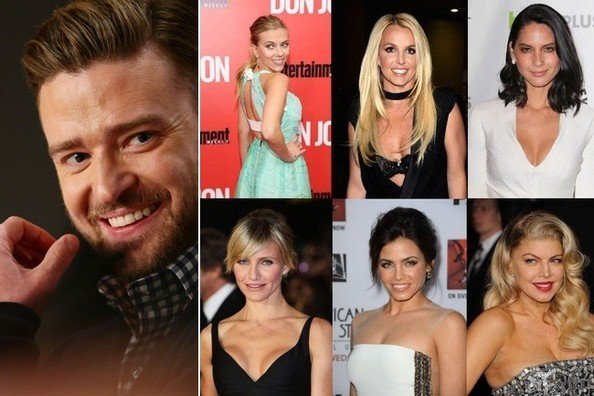 Who would have thought that Justin, who was known for his clean-cut image, would hook-up with good girl gone bad, Lindsay Lohan? But if a sex list penned by the Mean Girls actress is anything to go by, their brief dalliance was a steamy one.

Whoa, did Justin really date a Spice Girl?  While both the famous singers were mum on their alleged relationship, Emma told News of the World in 2003: “A lady never kisses and tells and neither does a gentleman. But I will say that he’s got a great arse. That’s one of the first things I look at in a man and his is very peachy and does the job.”

Say, what? Justin and Alicia Keys collaborated musically in the past, but apparently they were also making sweet music in the bedroom.  If the New York Post is to be believed, Justin and Alicia dated for a whole month in 2002. Evidence of their love affair includes a two-hour cosy lunch in Los Angeles where they were spotted giggling and kissing.

Before Jenna Dewan became a famous actress, she worked as a back-up dancer for some big stars, including Justin Timberlake. They allegedly dated shortly after Justin broke up with Britney, with some reports suggesting she was the reason the famous popstars broke up. But Justin’s rebound romance did not last long, and Jenna went on to marry her Step It Up co-star, Channing Tatum.