Celine Dion dedicates comeback to husband
Celine Dion will dedicate her Las Vegas concert comeback to her husabnd Rene Angélil when she returns to the stage this August.

Last August, the 'My Heart Will Go On' singer's husband, 73-year-old Rene Angélil - who has acted as her manager since she was a teenager - started his recovery from throat cancer and in order to care for him, Celine pulled out of all her scheduled shows.

Now, the 47-year-old Canadian singer is preparing to get back on stage at The Colosseum at the Caesars Palace Las Vegas Hotel and Casino on August 27 and says her focus is to see him in the audience and she intends to dedicate her comeback concert to Rene.

Speaking at the Billboard Music Awards 2015 to PEOPLE on Sunday (17.05.15), she said: "If there's going to be one person in the theatre that night it's going to be him. It's going to be for him. I want to make him see me strong again." 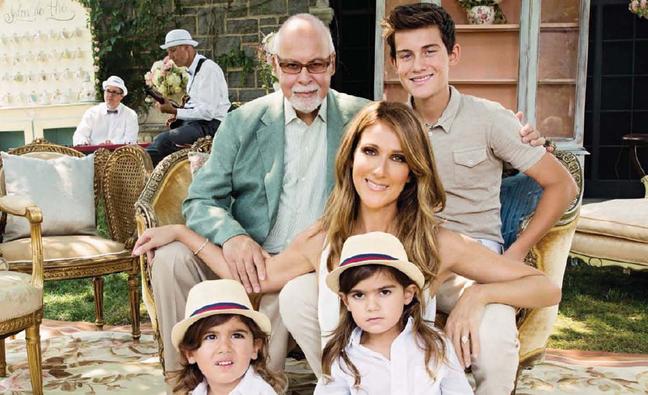 Revealing why she waited so long to return to her residency, she explained: "The reason we did not come back before was because I wasn't emotionally ready to come back. My husband and my family needed me, they still do."

The 'Beauty and The Beast' songstress - who has 14-year-old son, Rene, and four-year-old fraternal twins Eddy and Nelson, with her spouse - insists her husband finds comfort in hearing her sing and seeing her perform.

She said: "He wants me strong. He wants to see me again because I'm his favourite singer. So, he wants me out there, and I have to say that I'm ready.

"Knowing that he has a lot of weight on his shoulders, his focus is still show business. It's very touching for me because he wants me to have a good time. It's not selfish, it's like, 'I'm with you and I want you back. I want you strong. I want to see you perform again.' "