Eden is back with a new album
For more than a decade Jay, Johan Vorster and Paulo Azevedo have built a pop music empire that’s about to get a whole lot bigger thanks to "Nooit Oud Raak Nie."

After a break of more than three years, the trio that make up Eden, South Africa’s most successful boy band of their generation, return with the rather aptly titled album Nooit Oud Raak Nie.

All still comfortably in their 30s, the three responsible for the wall of multi-platinum-selling albums, including the 2003 debut Point Of No Return, their self-titled second, 2009’s Knieë Lam and the tenth anniversary double album Decade, all three are back and sounding as much the part as ever!

Never far from their fans, between each of the three’s massively successful solo endeavours, Eden dropped hit-single reminders during the group’s self-imposed sabbatical.

Their biggest being 2012’s “Superhero”, a song so successful Paulo, Johan and Jay simply could not ignore the fact that their fans wanted more. “Somer Van My lewe” is another such gem; polished and placed in the 18-strong treats of past and hits to come they now proudly call Nooit Oud Raak Nie. 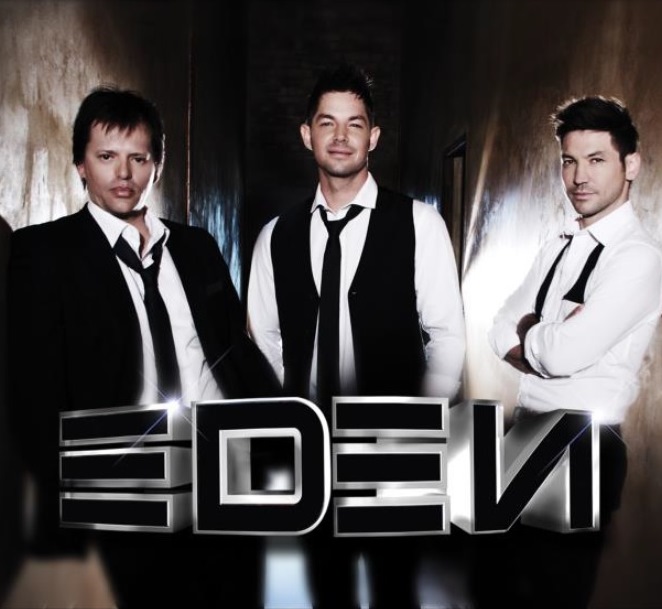 Eighteen months and a talented cast of plays later, Nooit Oud Raak Nie has finally arrived – along with the promise of five monumental shows in 2015 that will rival anything this country’s seen or heard before.

“Ewald Coleske, Johan Oberholzer, we worked with some prolific songwriters,” Paulo confirms. “Johan is one of the finest there is, so the combination of even more heavyweight talent made for some phenomenal recordings. It’s always been important to us to work harder than we did on the album before the one we were producing and we’ve done that here, no question.”

"Nooit Oud Raak Nie" is also the group’s way of acknowledging and rewarding the flood of fans that have afforded these Pretoria boys, now happily married men with children, a career filled with grand hits and even greater memories.

The new album’s first single “Dirty Dancing”, already on high-rotation across regional and national radio, is evergreen Eden at their upbeat best. “It’s a bit of fun,” Paulo explains.

“A bit of a spoof on the 1987, Patrick Swayze starring, movie. We’re enjoying not taking anything too seriously on this album and simply focused on enjoying ourselves.” “Italia 458” is another such light and lovely inclusion sure to have fans smiling at each play.

With so much time having past, Nooit Oud Raak Nie does well in compiling singles from the album chart-topping compilation series Afrikaans is Groot, and other earlier collections, as well as including a few classic covers too from the likes of Midnight Oil (“Beds Are Burning”), Indecent Obsession (“Strawberry Lips”), right through to “Butterflies”, the show-stopping Bobby van Jaarsveld guesting inclusion.