GUPTAS DENY OFFERING FINANCE MINISTER JOB TO JONAS: The Gupta's on Wednesday hinted at legal action against Deputy Finance Minister Mcebisi Jonas who admitted that he was offered a promotion by the wealthy and influential family, who are seen to be close to President Jacob Zuma. "These latest allegations are just more political point scoring between rival factions within the ANC. To be clear: any suggestion that the Gupta family or any of our representatives or associates have offered anyone a job in government is totally false," the family said in a scathing response to Jonas's revelations.

COPE TO LAY CHARGES AGAINST PRES. ZUMA: The Congress of the People will be laying charges of corruption against President Jacob Zuma as well as the Guptas on Thursday morning. COPE released a statement on Wednesday confirming that they will be laying charges against Zuma at the Brooklyn Police Station in Pretoria. This comes after the statements, posted by Vytjie Mentoor on her Facebook page recently, alleging that she was offered a ministerial position by the Gupta family, at the family's residence in Saxon World.

DA TO LAY CHARGES AGAINST GUPTA-FAMILY: The Democratic Alliance's leader, Mmusi Maimane and DA Shadow Minister of Finance, David Maynier will lay charges against the Gupta-family on Thursday. According to a statement by the DA, they intend to lay charges against the Gupta-family in terms of Section 4 of the Prevention and Combating of Corrupt Activities Act, 2004 (Act No. 12 of 2004). Maimane and Maynier are heading to the Cape Town police station on Thursday morning to lay the charges, after more allegations that the Guptas promised Deputy Finance Minister, Mcebisi Jonas the position of Finance Minister before the now, infamous, reshuffle of ministers that saw the rand plummet against all the major currencies.

ANC REACTS TO GUPTA BACKLASH: The ANC will hold their National Executive Committee meeting this weekend. The party's Khusela Sangoni says the latest development is extremely serious and will be discussed.

THE LATEST FROM ZANDSPRUIT: The Zandspruit area and roads around the settlement - like Beyers Naudé at Peter - was still a no-go area. According to police the violent protests continued through the night. Our reporter, Maryke Vermaak is in Zandspruit.

TODAY IN HISTORY: On this day in 1997, the year of her death Princess Diana fulfilled a long-held personal ambition by meeting Nelson Mandela at his holiday home in South Africa.  Diana was visiting the country privately to see her brother, Charles Spencer and after an hour long meeting in Nelson Mandela praised the Princess for her work with AIDS charities worldwide, the two posed for photos. She died in a car accident in August that year. 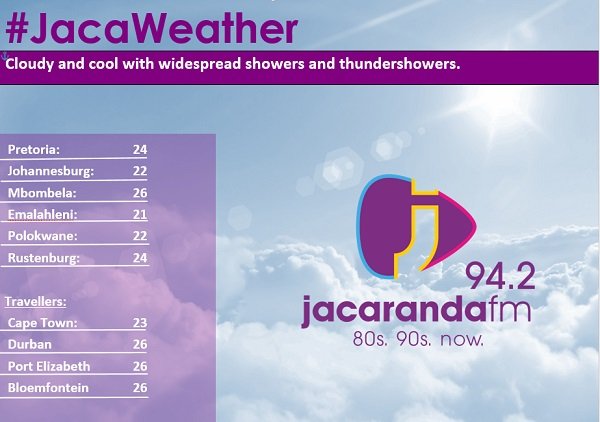