EFF SLAMS CABINET'S DECISION TO INTERVENE IN GUPTA SAGA: The Economic Freedom Fighters slammed the cabinet decision to intervene in the stand-off between four banks' and the Gupta-family. The party said the decision amounts to the South African government deploying its Ministers to resolve the private business problems of the president's friends. Minister in the Presidency, Jeff Radebe yesterday announced the establishment of an inter-ministerial committee to investigate the decision by the country's major banks to cut ties with Gupta-owned Oakbay Investments.

VUWANI RESIDENT HEAD TO COURT OVER DEMARCATION MATTER: In Limpopo resident of Vuwani spent Thursday night in the cold and camped out at the Polokwane Cricket club. Some slept in busses - just to be close to the High Court - where day 2 of their demarcation case would be heard on Friday. Residents are against the incorporation into one municipality with Malamulele. Maidi Monareng has the latest.

PROPERTY FUND FOR BLACK RESIDENTS ONLY: The City of Tshwane planned to launch a property fund before the end of June - exclusively for black residents. Mayor Kgosientso Ramokgopa made this announcement during his State of the Capital address at Freedom Park on Thursday. As Slindelo Masikane reports, issues like housing and infrastructure development were foremost on the mayor's mind.

PRINCE DIES AT 57: The 57-year-old singer was found unresponsive at his Paisley Park estate in Minnesota yesterday and Carver County police have now released a statement giving more detail on what happened at his home, including that CPR was attempted but they were unable to resuscitate the singer. 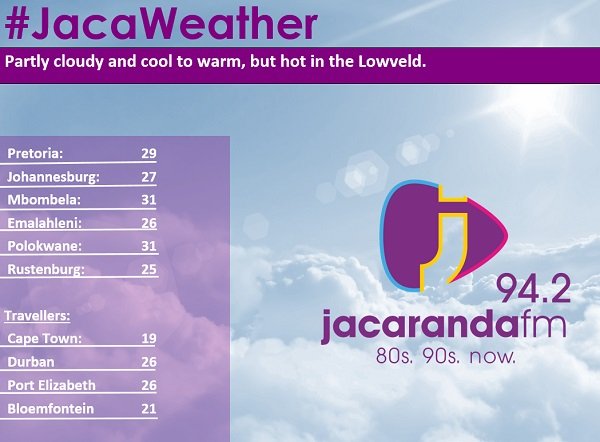