PRESIDENT ZUMA RESHUFFLES CABINET: President Jacob Zuma reshuffled his cabinet slightly, announcing Ngoako Ramatlhodi as new public service and administration minister on Tuesday night. Ramatlhodi was shifted from his post as mineral resources minister, a position which will now be occupied by ANC MP Mosebenzi Joseph Zwane. The post of public service and administration minister became vacant when Collins Chabane died in a car accident in March. "The Minister of Mineral Resources shall be Mr Mosebenzi Joseph Zwane, Member of Parliament, who has previously served as MEC in the portfolios of Agriculture and Rural Development as well as Economic Development, Tourism and Environmental Affairs in the Free State provincial government," the Presidency said in a statement. Presidential spokeman, Bongani Majola, says Zwane will be sworn in at the Union Buildings this afternoon.

ANOTHER COP KILLED, THIS TIME IN DURBAN: Durban police are on the hunt for three suspects - who yesterday allegedly shot and killed a policeman and wounded another, while on duty in Inanda. The police members were stripped of their uniforms and robbed of their service pistols. Major Thulani Zwane says the two members were in the informal settlement to handover a court order when they were kidnapped.

ZUMA APPOINTS COMMISSION OF INQUIRY INTO POLICE COMMISSIONER: National Police commissioner, Riah Phiyega, has to supply reasons why she should not be suspended while a commission of inquiry considers her competence by Monday. President Zuma yesterday appointed the commission as proposed by the Farlam Commission of inquiry into the Marikana Massacre. However, the South African Police Union's Mpho Kwinika has called on Zuma to replace Phiyega anyway.

THOUSANDS EXPECTED TO MARCH AGAINST CRIME: A week remains before the 'United against corruption' mass marches, planned in Pretoria and Cape Town. More than 300 civil society organizations have signed up, for the marches, in an effort to demonstrate that people living in the country want an end to corruption. Thousands of people are expected to participate, as Silindelo Masekane reports.

POPE VISITS UNITED STATES: Pope Francis arrived in the United States on Tuesday for his first visit -- a historic six-day trip to the spiritual home of capitalism after his tour of communist-ruled Cuba. The 78-year-old Argentine pontiff stepped onto US soil for the first time at Andrews Air Force Base outside Washington, where he was greeted by US President Barack Obama, his wife Michelle and their two daughters. US Catholic leaders and a select crowd of several hundred well-wishers were on hand to greet the pope, who wore his traditional papal whites and waved to the crowd, who chanted: "Ho ho, hey hey, welcome to the USA."

PRICES AT THE RUGBY WORLD CUP: We asked SuperSport Rugby analyst, Brendan Nel about the the costs of attending a RWC match in the UK. And here's a little breakdown: 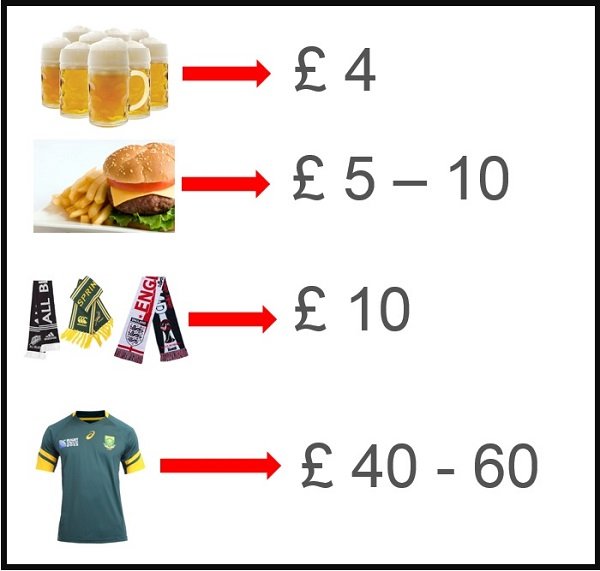