Car fan prints off his own Aston Martin
A man who wanted a 1961 Aston Martin DB4 is on his way to owning one - after 3D printing it off in his garage.

A man who wanted a 1961 Aston Martin DB4 is on his way to owning one - after 3D printing it off in his garage.

Ivan Sentch decided to build the iconic car - the precursor to James Bond's DB5 - after getting a £500 3D printer for Christmas.

The married 32-year-old from Auckland, New Zealand, had previously built a kit car Ferrari 250 GTO, but needed a four-seater as he now has two children.

Mr Sentcj is using a Solidoodle 3D printer to print out individual components for the car, which he then pieces together to create a mold for the final fibreglass body.

He expects the printing part of the project to cost him £1,200, including the cost of the plastic and the printer.

Mr Sentcj, a computer programmer, said: "I decided on the DB4 because old Astons are just very, very cool. 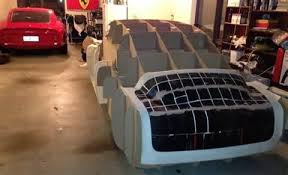 "I had no previous experience, not even remotely related. The printer arrived around about Christmas and I've been learning from scratch since then.

"The 3D printing should be finished in October, a mold/body cast will probably be a year after that and the final road legal vehicle, as a complete guess, will be in five years." 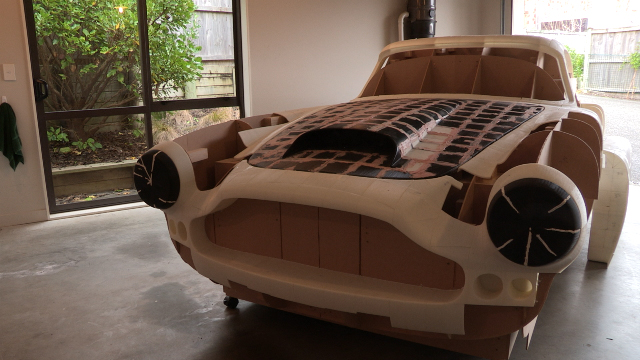 The DB4 was sold by Aston Martin from 1958 until 1963 and its replacement, the DB5, featured in James Bond films Goldfinger and Thunderball.