WP rugby players give back for Mandela Day
A group South Africa's finest rugby players found themselves beaten on Tuesday - by a group of senior citizens in Gugulethu, Cape Town - but all in the name of Nelson Mandela.

Four of South Africa's finest rugby players found themselves beaten on Tuesday - by a group of senior citizens in Gugulethu, Cape Town - but all in the name of Nelson Mandela, according to the Stormers' website.

Yes, this was not a battle on a rugby pitch; it was instead a ‘bead-off’ for Cape-Town based social enterprise Relate Bracelets at the IKamva Labantu Noluthando 1 Seniors Club in New Cross Roads as a fun event to highlight the importance of South Africa’s elders in the run-up to Mandela Day. 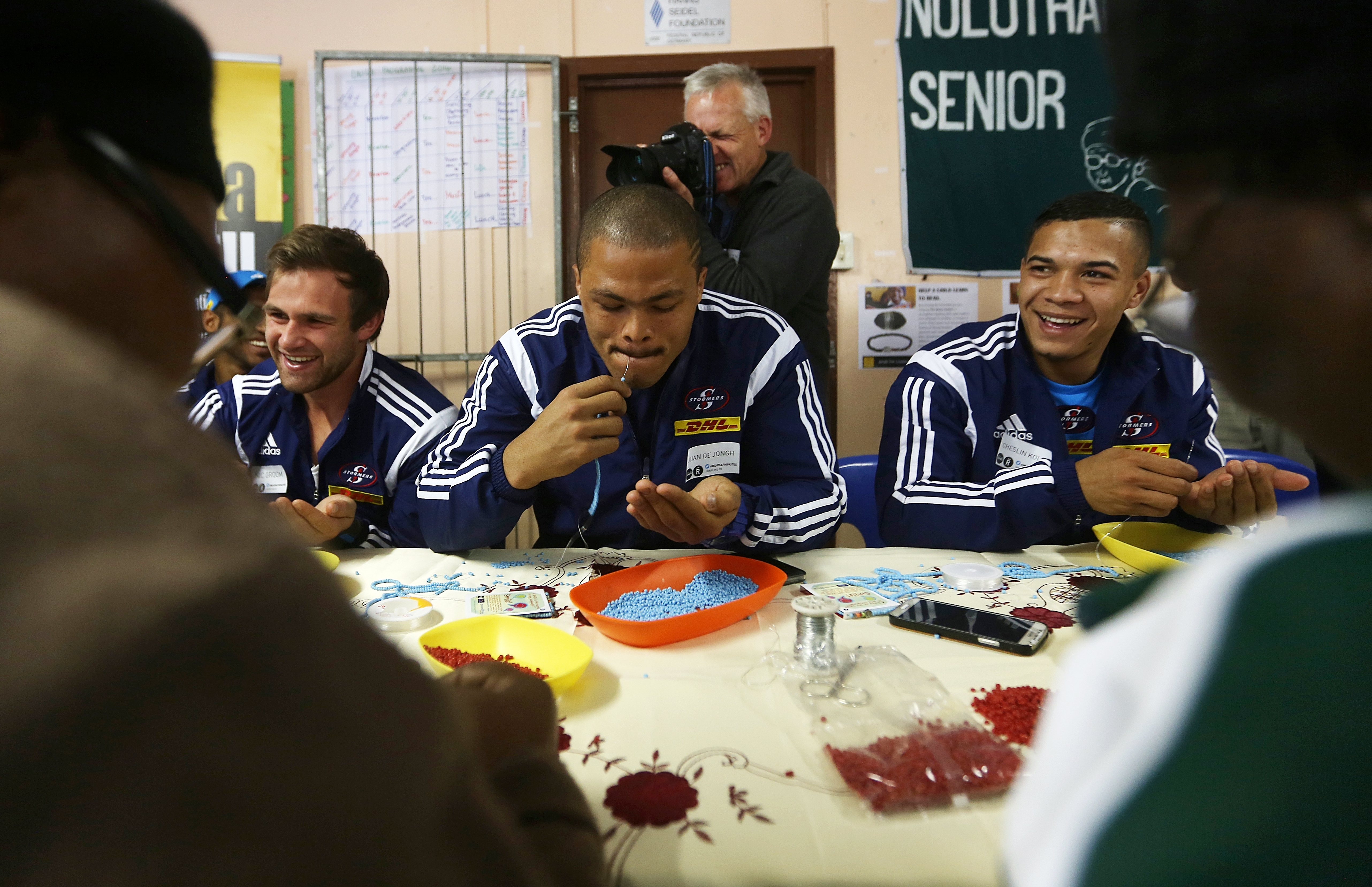 Six of the fastest bracelet beaders from the IKamva Labantu Noluthando 1 Seniors Club in New Cross Road went head-to head with members of the media and players from the DHL Stormers, Juan de Jongh, Nic Groom, Kurt Coleman and Cheslin Kolbe in the bead-off, which was hosted by Smile FM presenter Tracey Lange. It kicked off at noon, after which the participants threaded beads as fast as they could for 33 and a half minutes. This was then doubled up to see how many they would have threaded in 67 minutes.

The idea behind the timing was that 33 half minutes doubled equals 67 minutes – the number of years Nelson Mandela served this country so selflessly.

Lauren Gillis, co-founder of Relate Bracelets, said: “As the first Mandela Day since Tata Madiba’s passing, we believed it was right to highlight these remarkable seniors who, like Nelson Mandela did, are still contributing so much to their country, their communities and their children and grandchildren.

“Rugby players are some of the most lauded – and physically powerful – people in South Africa society. The fact that they were beaten hands-down in this event demonstrates the power and the value of these senior citizens, and in fact all senior citizens, who, like Tata Madiba did in his golden years, do so much for the society at large.” 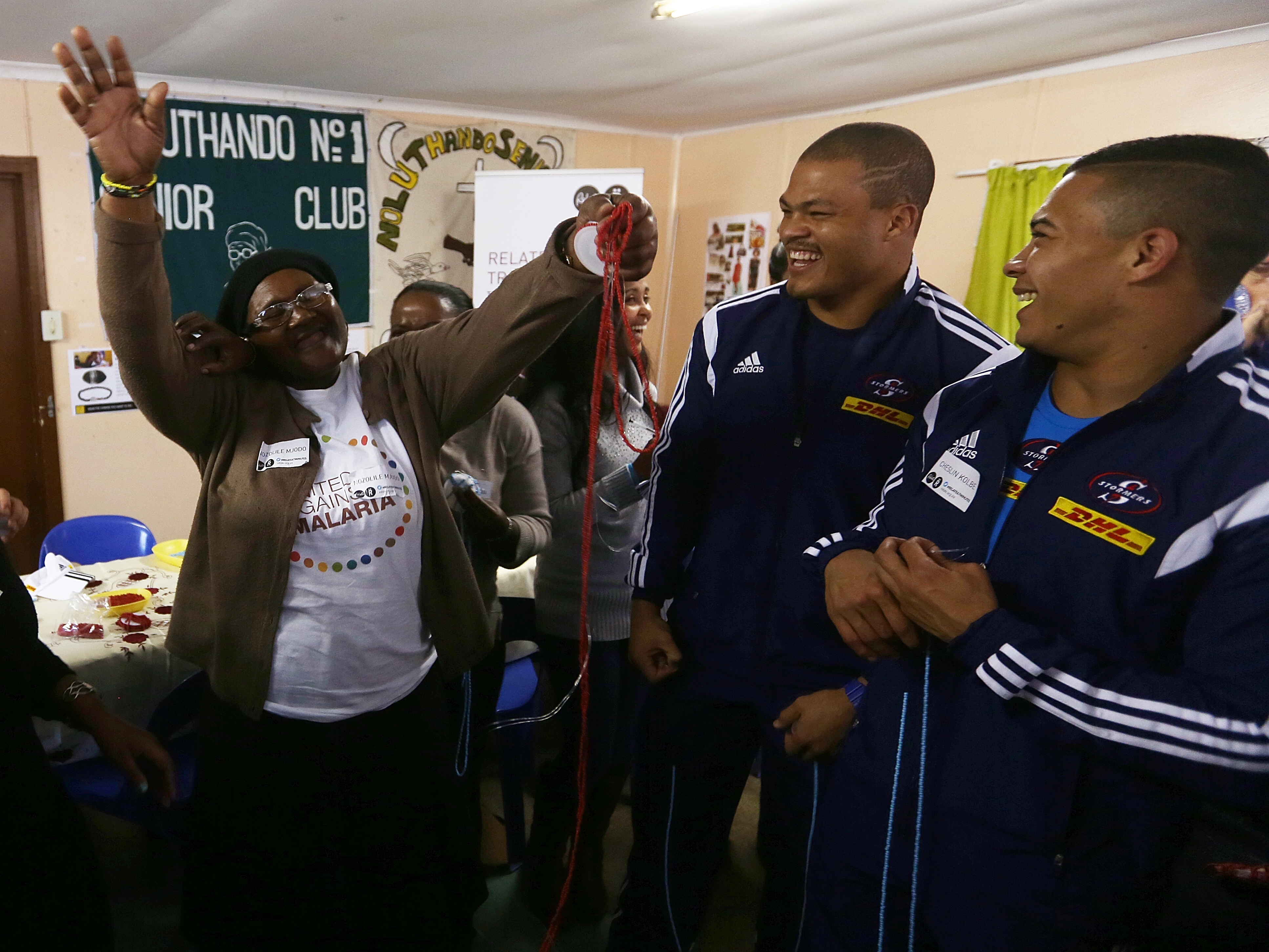 The seniors of the IKamva Labantu seniors club are the ones who bead the miles and miles of elastic string used to make the Relate Bracelets and in the last four years they’ve threaded more than 50 million beads, which has raised R17.5-million towards investment in earnings and skills training for bracelet-makers, the creation of enterprise development initiatives in South Africa, and funds donated to 56 charitable causes.

When blitz-beader and overall winner Nozolile Mjodo held up her string from the bead-off race to show how much she’d done in 33 and a half minutes, the measurement came to 4.2m. In contrast, the fastest rugby beader Juan de Jongh managed only 1.7m.

Well done IKamva Labantu seniors club! This initiative is to inspire people to do their 67 minutes of giving back on July 18. What will you be doing on July 18?