Breakfast Show hosts Martin Bester and Tumi Morake were joined by two of the world's biggest rock bands, Collective Soul and Lifehouse, ahead of their show in Johannesburg.

If you were lucky enough to get your hands on one of the hottest tickets in town, you are truly in for a massive treat!

Both Collective Soul and Lifehouse will be live in concert on Friday, 2 February at the Ticketpro Dome.

With hits like 'You and Me' and 'Hanging by a Moment', Lifehouse's deep and meaningful lyrics have certainly influenced your life in one way or another. More so, even if you're not a fan, trust us, you've heard their music playing on your radio before.

While speaking to Martin and Tumi, the guys from Lifehouse spoke about their music and how they constantly hear it playing in supermarkets. Crazy!

"Thank you for playing our song while we were coming over here. We're like in heavy rotation these days in Home Depo," said the band's lead vocalist, Jason Wade.

With thousands of adoring fans, it was tough to pick three messages from fans who stood a chance to win tickets and a backstage pass to the upcoming show.

Take a listen to all the incredible moments below:

As a five-piece rock band, Collective Soul have not only perfected the rock genre over the years, but after making music for nearly two decades, they still bring it every time they hit the stage. 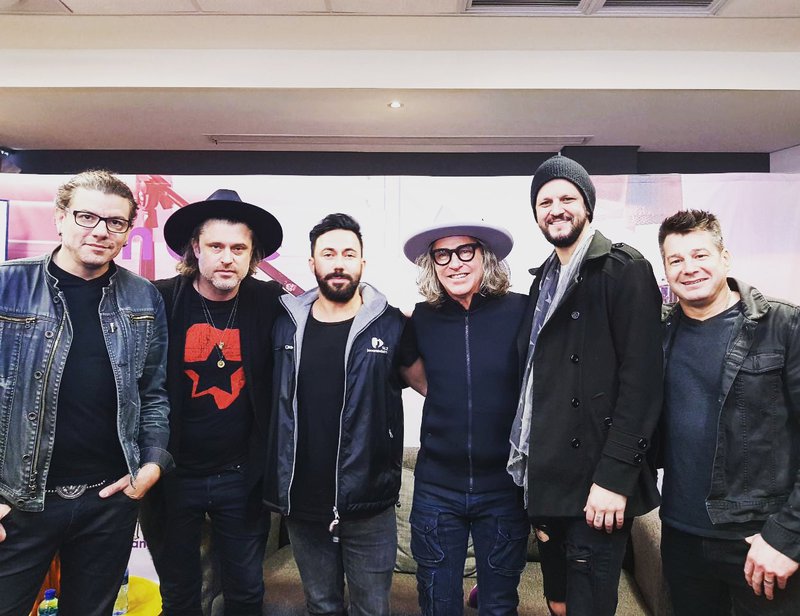 Collective Soul also heard from a number of fans who had some incredible stories to share.

They also treated one of their biggest fans to a backstage experience at their show.

Take a listen to the incredible moment below:

If you're going to the show, enjoy it! Don't forget to take as many pictures and videos as you can, we'd love for you to share them with us. Tag us on social media, using #JacaBreakfast.