John Stamos made a mistake
John Stamos' friends believe he made a one-time mistake and insist he doesn't have a drinking problem.

The 51-year-old actor, who was cited for DUI [Driving Under the Influence] last week after being pulled over by police for driving erratically in Beverly Hills, reportedly "fell apart" after the death of his mother, Loretta, in September, but his pals insist he doesn't have a drinking problem.

A source close to the 'Full House' star said: "That was crushing for him. He did his best to stay strong, but he absolutely fell apart."

But the insider thinks John, who flew from Los Angeles to Toronto in Canada shortly after the incident, is doing well and told PEOPLE magazine: "John has always drunk socially. At one point, it was a problem. But this is not that time in his life." 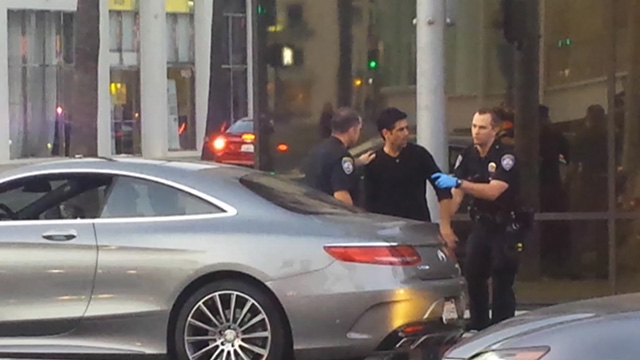 However, another friend believes John, who is set to star in and produce the upcoming Netflix spin-off 'Fuller House,' has been worried about his career recently.

The pal said: "Even though John remains confident and cool, there's been a change in the past two years."

The actor thanked his fans for their "love and support" on Twitter following his arrest.

He tweeted: "Thanks to everyone for their love & support. I'm home & well. Very appreciative of the BHPD & Cedars for their care."