Police are offering a cash reward to the public for information that could lead to the arrest and prosecution of the suspects believed to be linked to the break-in at the State Capture Commission’s offices in Johannesburg.

Police spokesperson Brigadier Mathapelo Peters says it’s believed that three suspects may be behind the business robbery in the early hours of Sunday morning.

“Police in Gauteng are appealing for assistance from the public, and are offering a cash reward for information that could lead to the arrest and successful prosecution of suspects believed to be responsible for the business robbery at the offices of the State Capture Commission of Inquiry at the Hillside Building in Parktown.

“The investigating team has at this stage gathered evidence which indicates that at least three suspects were involved in the robbery.”

Images of two of the suspects have been extracted from the security footage, which will be able to assist police in their investigation.

“The positive identification of these suspects is key to the investigation in reference, hence the cash reward that is on offer to any individual who can give information that will lead to the arrest and successful prosecution of the suspect,” says Peters.

The suspects fled with a computer, with no further information about the specifics of the data that was stolen.

Last week, a bullet was also left behind in one the offices after a shot had been fired through a window. 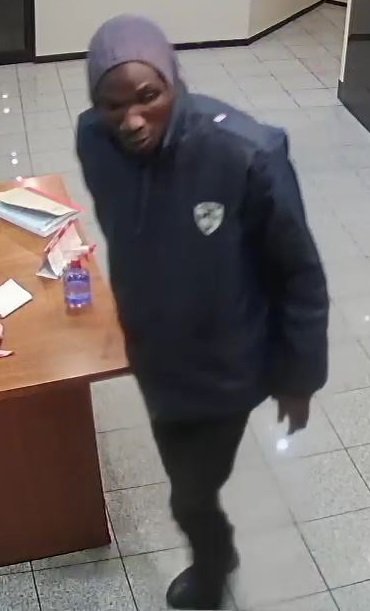