The sexy Minnie pic that is trending on Twitter
We've always known that Minnie Dlamini is hot, but she's made our jaws drop to the floor with her latest picture. Move over Boity!

Minnie posted a picture of herself wearing absolutely nothing but Victoria's Secret lace undies, as she looks seductively into the camera. The post, which went up 14 hours ago, has managed to grab close to 5,000 likes on Instagram and is the reason why she's currently trending on Twitter.

One would never say Minnie was in hospital just a week ago. The presenter and face of Motions Haircare, was admitted to a Johannesburg hospital last week after complaining of chest pain. Her doctor reportedly put her under observation.
She was discharged from hospital last week Friday.

Minnie told the Daily Sun that she has now "learnt to listen to her body". Yes, we see why now.

Known for her luscious curves, the actress, TV presenter and DJ has previously been attacked by fans for losing weight. In a recent interview with Sunday World, she revealed: "I went through a stage where my body just started filling out in certain places. I was frustrated by the weight gain, so I changed my lifestyle and started exercising more and changed my eating plan.” 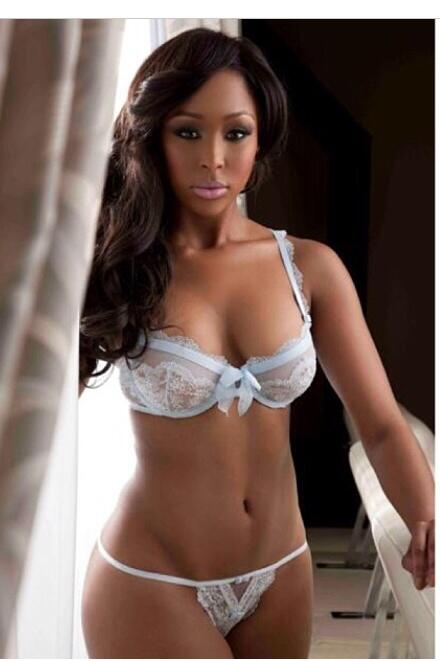 Below is what people are saying on Twitter about the pic: